Three Year 8 students take part in the 'Ovid in the West Country' Competition.....

On a blustery November afternoon, three Year 8 students made their way to the delights of the historical Roman Baths.

These students had taken part in the Ovid in the West Country competition: The aim of the competition is to get students excited about storytelling and the ancient world by listening to a handful of stories from Ovid's Metamorphoses. They are then encouraged to respond creatively to one of the famous classical myths.

As a result of their hard work, they were able to attend a prize-giving ceremony at the Roman Baths, and were lucky enough to hear from world-class storyteller Daniel Morden as he told the story of Phaethon and his ill-fated trip across the sky!

All three students received recognition for their work and one in particular, Austin, received a Special Commendation for his excellent model of Hermes' sandals.

The students had a lovely time and learnt a lot about Bath's interesting history.

A big thank you to the organisers of the competition; UWE and the University of Bristol, and to Ms Hollington and Miss Ford for organising this opportunity. 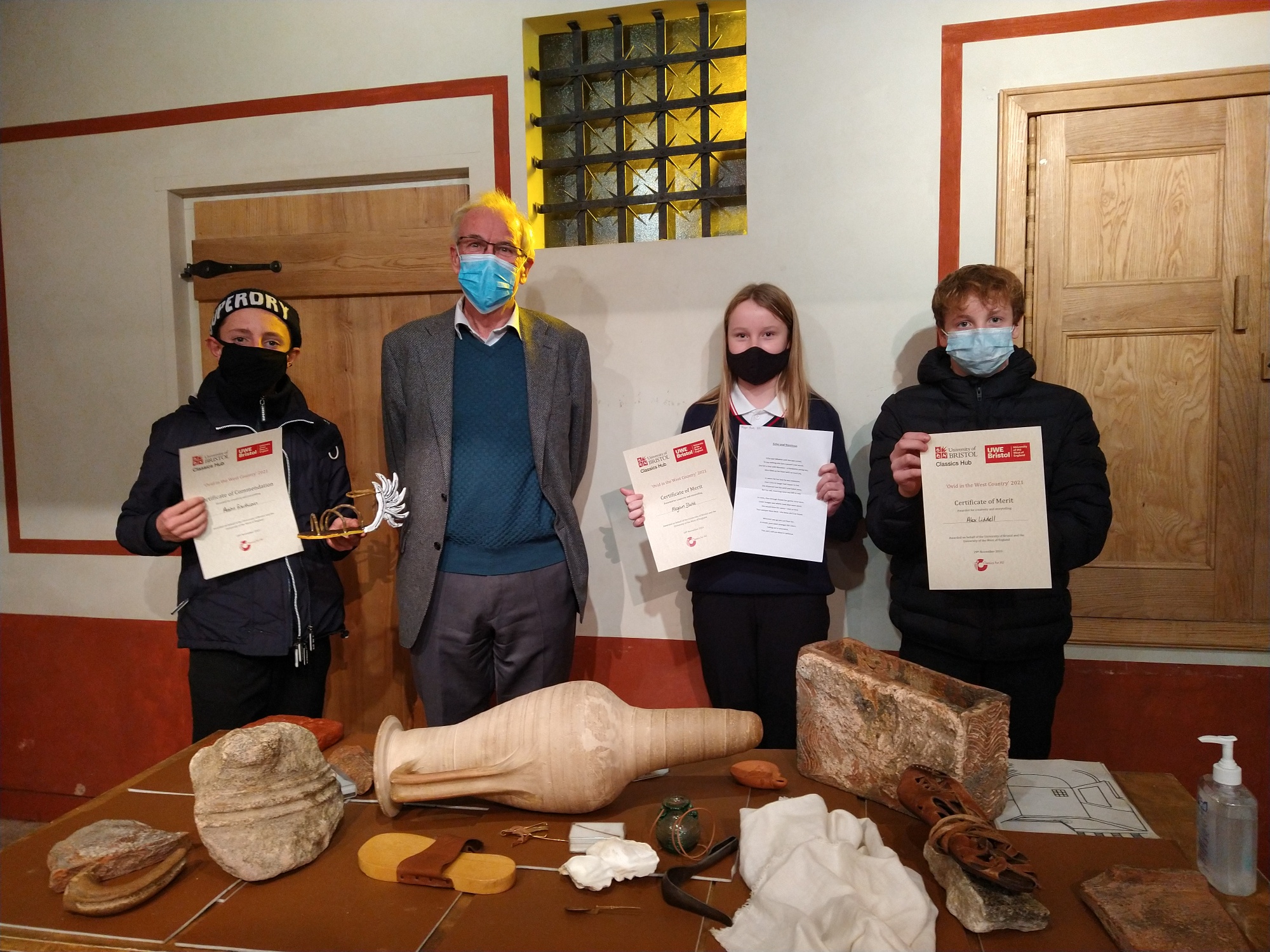