Ovid in the West Country

On a cold December evening, three Year 8 students made their way to the Gothic delights of the Wills Memorial Building at Bristol University.

These students had taken part in the Ovid in the West Country competition by producing a creative response to a famous classical myth. As a result of their success in the school-level competition, they were able to attend a prize-giving ceremony at the Wills Memorial, and were lucky enough to hear from world-class storyteller Daniel Morden as he told the story of Orpheus and his quest to rescue his lost love - Eurydice.

We also were able to look at the other wonderful entries and pieces of work from other schools in the competition.

All three students received recognition for their work and one in particular, Henry S, received a Special Commendation for his truly outstanding video interpretation of the myth of Lycaon.

The students had a lovely time, learnt a lot about classical history, and were able to sample some excellent hot chocolate!

A big thank you to the organisers of the competition, UWE and the University of Bristol, and congratulations again to the students. 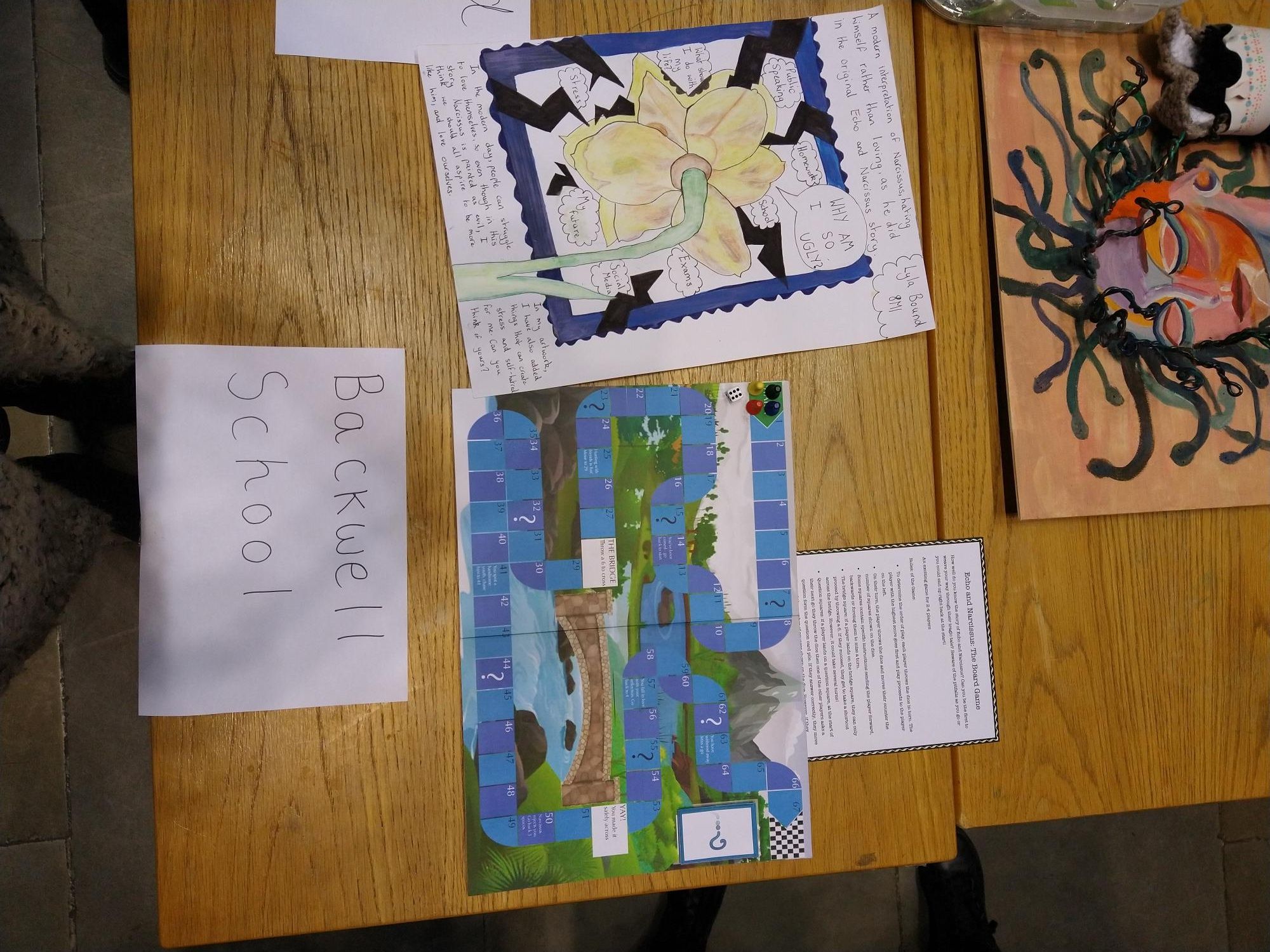